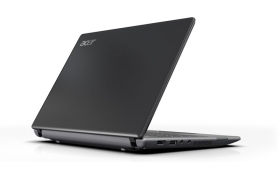 No news is Google news

Owner and operator of everybody's favorite internet text field, Google, continues to make news as it branches farther away from its roots. The week began with an important French court ruling that Google is not responsible for filtering content on Youtube to remove copyrighted material, to the dismay of French broadcaster TF1. Exciting as that was, the news was eclipsed by the tantalizing release of Google-glasses-shot footage of a trampoline flip and Sergey Brin reveling in the fact that he's the only one who's allowed to use technology from the future (in unrelated incidents). Google also released the next stage of their personal computer offering, Chromebooks and the Chromebox, for those of you who just can't get enough Chrome in their lives.

Nothing to fear but Apple itself 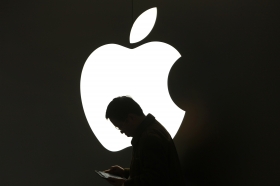 The smartphone market is starting to open up again, as well, some time after Apple and Samsung effectively cleared the field with their (still somewhat one-sided, admittedly) king-of-the-smartphone-hill struggle. UK telecom company Orange released a hotly anticipated new offering, naming it after the most un-UK-like American city they could think of. Even more interesting, at least in terms of potential market share up for grabs, Lenovo released the LePhone to their Chinese market. Their offering looks good so far, but will have to contend with the newest Galaxy phones from Samsung, as well as upcoming iPhone release. Back, the battle has largely been lost for some -- yes, Research in Motion, I'm looking at you. James Lee Philips explores in a thorough look at RIM's options:

RIM has been touting the upcoming BlackBerry 10 devices with a "failure is not an option" mentality, but even an unlikely success may come too late. The latest regulatory filing shows that the hardware division is hemorrhaging money, and BlackBerry shipments dropped 80% in Q4 2011 alone, all of which is sobering evidence that RIM's future -- maybe even its present -- can no longer be about the product line that put it on the map.

Better to light a flame than curse the darkness

Unless, of course, you're Iran, or one of the several other Middle-Eastern countries under fire from the more terrifyingly sophisticated computer virus in recent memory. Rory Crump explains: 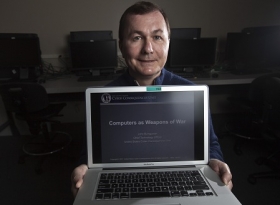 Turns out Flame is big, sneaky, and a sign of the times. Unique enough – and dangerous enough - for the ITU, the United Nation's security blanket, to issue their most serious cyber warning yet. Stuxnet had a specific target, a specific objective. But Flame may be designed to lurk around the Middle East and come and go as it pleases, dressing down widespread targets from wanted countries in wanton fashion.

Too many robots spoil the... popcorn? 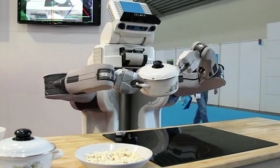 And finally, I will close with several videos of robots doing decidedly un-robot-like things. Gibbot learns brachiation, or the swinging motion associated with primate locomotion "from tree to tree." Robotiq demonstrates a unique and flexible pinching mechanism for industrial use. The quad-rotor "Hummingbird" learns how to charge itself on the fly (okay, maybe this one is what you would expect a robot to do), and the PR2 robot gets one step closer to accomplishing my basic household tasks. Too bad it can't clean and do my laundry while I make the popcorn. I suppose I'll just have to wait for the future some more...