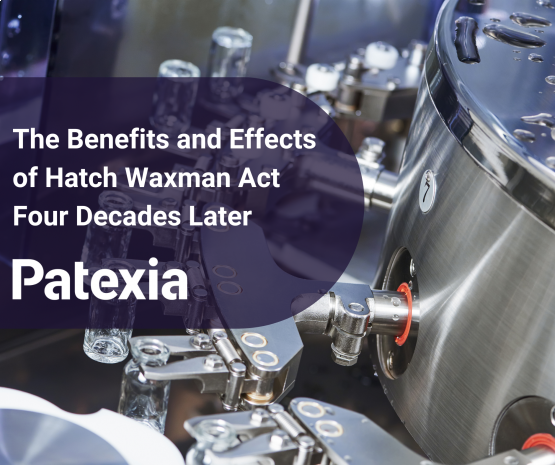 In early 1983, Bolar Pharmaceutical Inc. wanted to bring a generic version of the Dalmane drug, a sleeping pill, to the market. At that time, Roche Products Inc. held patent rights for flurazepam hydrochloride, the active ingredient in the drug. Considering that the success of a generic drug highly depends on the time it is brought to market, Bolar started working on the medication before the patent expired, aiming to have the drug ready to sell as soon as possible after the patent expiration date. Roche, however, filed a patent infringement lawsuit against them, and the courts highlighted an issue with patent law: it wasn't clear if limited use for purposes of testing and procedures of FDA was actually a patent infringement of a drug. This case was believed to be one of the reasons why Congress moved to rapidly pass the Hatch-Waxman Act.

The Drug Price Competition and Patent Term Restoration Act (Public Law 98-417), otherwise known as the Hatch-Waxman Act, was passed in 1984 to regulate a system of generic drug manufacture by the pharmaceutical industry. ANDA or Abbreviated New Drug Applications were filed even before this law but very few generic drugs made it to market. As a consequence, Representative Henry Waxman of California and Senator Orrin Hatch of Utah negotiated and proposed the act, which was difficult to come up with as it needed to balance the interests of both the brand and the generic pharmaceutical industry.

The pharmaceutical industry is vital for the economy not only because of its size and revenue but due to its role in improving the health and quality of the population. Drug development is no easy task with some studies estimating an average of ten years of research and development, costing about $1 billion dollars per drug. Therefore, careful planning is needed when introducing new laws that regulate this industry. A legislative solution had to be developed that made it possible for more generic drugs to be introduced but the brand industry also had to be “rewarded” with new incentives in order to maintain and exceed the level of innovation in such an important industry.

For the brand industry, to reward technical advancement, drug innovators were given new measures of protection. First, the concept of exclusivity was included so the FDA cannot accept generic version drug applications for a period of five years. This was outside of the patent rights granted by previous legislation. Secondly, it was argued by the brand industry that the regulatory review used to consume a lot of the patent life, and the Hatch-Waxman Act made it possible for them to ask for patent life extensions.

While it was necessary to make sure the brand industry makes good revenue and invests it back into R&D, the affordability of the drugs by increasing competition was another goal of Hatch-Waxman. As for the generic manufacturers, the act greatly facilitated the ANDA filing process by determining which information the FDA can ask for from a generic company. Generic companies, once bioequivalence is proved, could refer to the brand manufacturer's clinical data instead of spending money on their own clinical trials. The testing of a generic drug was now allowed even before the brand patent expired. The concept of a research exemption made it possible for generic companies to conduct the activities necessary for the ANDA filing without fearing a patent infringement lawsuit. Lastly, a 180-day exclusivity period for the first successful generic drug approval for each brand drug was introduced.

The benefits were not just felt by both sides of the pharma industry, the public also benefited. Before Hatch-Waxman, the Federal Food, Drug, and Cosmetic Act made it possible for the brand and innovator companies to make it difficult for the ANDAs to be filed and approved. Because of this, in 1983, only 35% of the top-selling branded drugs with expired patents had generic competition and the whole generic industry only accounted for 13% of the market.

Furthermore, it took three to five years for a generic drug to be introduced into the market. Currently, there are more than 10,000 generic drugs approved, and 90% of the prescriptions are filled with generic drugs. Since the Hatch-Waxman Act, all of the top-selling brand drugs that are no longer protected by a patent face generic competition. According to the FDA, generic drugs cost at least 54% less than the brand with just two competitors, while the price is further reduced when there are more competitors involved. A 2016 study indicated that the generic industry saved the U.S. healthcare system $1.67 trillion from 2007 to 2016 and this number increases yearly.

During its life, the Hatch-Waxman Act has seen several amendments and modifications after several loopholes were detected. Nowadays, there are still challenges that wait to be addressed in this law. Bioequivalence, for example, is a concern in several studies related to the pharmaceutical industry. Generic drugs are not always identical to the brand and FDA allows generic companies to use different inactive ingredients. However, these small variations in the formula have the potential to yield clinically different results in patients. Higher prices for the brand pharmaceuticals are also another concern but studies show that the generic drug prices stand on average at 84% of the generic drug prices in other countries.

There is no doubt that the Hatch-Waxman was a major consumer victory, providing affordable drugs while also encouraging innovation in the pharmaceutical industry. It is vital to ensure that the U.S. patent system continues to promote and protect innovation but also incentivize competition.