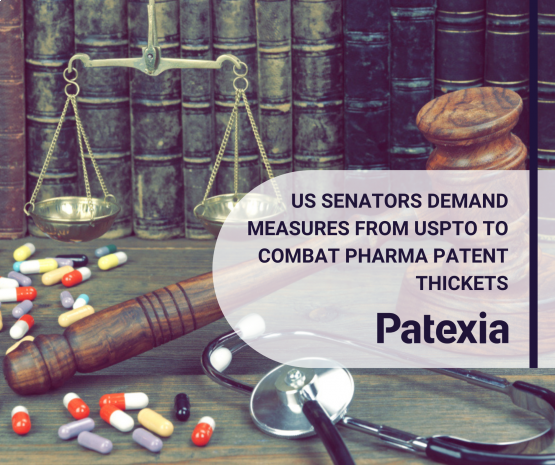 The term "patent thicket" is used when describing the difficulties that new companies encounter when they try to enter a market by attempting to innovate within an aspect of technology. In this context, a patent thicket is exactly what it sounds like, a dense area, but instead of prickly branches, it’s tons of patents. Multiple companies may each own individual patents that are necessary for a particular product.

If you consider creating your own smartphone, for example, you might be designing it to look elegant with curved sides, have a cool feature to unlock with just a finger swipe and an interactive keyboard that gives word recommendations. Guess what, each one of these characteristics is previously covered by a patent. While you can do without some features, having a 4G/5G network and other key features is necessary and you will require a licensing agreement from each patent owner. There could be as many as 250,000 patents covering a single smartphone. Anybody that has contributed with a single component and has it patented can potentially sue you and if you have been following the news, there is not a single smartphone produced that hasn't been accused of patent infringement.

Regardless of the problematic patent thickets, innovation continues as the thickets are cleared either through pure competition and lawsuits or cooperation between companies in the form of licensing. An excellent example of the latter is the creation of patent pools where different patent owners make agreements between themselves and agree to license the patents to each other with pre-determined license terms. The sewing machine patent pool in the 1850s or the DVD pool between several tech giants in the 1990s showed how effective this solution is to the patent thicket issue. In this context, patent thickets should not be viewed as an insurmountable obstacle that calls for the patent system review, but as a natural step in developing advanced and complex products.

The patent thicket has a slightly different meaning when it comes to the pharmaceutical industry. As specified in the letter sent to the USPTO, a pharma patent thicket is considered to be a large number of patents that cover a single product or minor variations on a single product. The senators have previously expressed their concerns, regarding claims about several companies that had given conflicting statements to different government agencies when it came to the novelty of their drug. They argue that, like in the tech field where companies use continuation patents to cover existing technology, pharmaceutical companies may do minor tweaks to their branded drugs and get several patents for what is essentially the same product. This can lead to an extension in the time of the patent and potentially delay the generic drug by harming competition. The letter continues further citing the Patent Act, which intends for there to be one patent per invention and not several patents or a patent portfolio built up around one innovative product. In time, this can result in increased litigation, more complex license agreements, and lower patent quality.

Addressing the pharma patent thicket problem can be tricky and will require several studies. The patent system has proven itself over the years as the best incentive for pharmaceutical companies to continue to develop new drugs. These companies spend roughly 25% of their revenue on research and development while most of the companies in other sectors keep this number under 10%. A total of $83 billion was spent in 2019, while the number for 2020 and 2021 should be considerably higher given the pandemic. The amount of money a company will spend on research and development directly depends on the expected revenue coming from the new drug. A patent grants drugs 20 years of protection, however, quite often the companies are not able to enter the market even after half of this period. Only once the product enters the market do they benefit from the sales of the new drug and cover the R&D expenses. When the patent expires, the generic drugs enter the market and the price of the drug declines. As the senators’ letter points out, the patent thicket can delay the entry of generic drugs by providing an extension to patent protection. However, no data is cited that shows how often this phenomenon happens. There are studies by independent third parties that take into consideration the top-selling drugs and how many patent applications they get. However, wider research is needed, as the top-selling drugs get much attention so there will be attempted patent applications even by other rival companies. While it's true that some drug prices change over time, companies justify this with the need to obtain funds for R&D to produce current and future drugs.

According to the senators, the patent thicket problem arises in the examination phase so the solutions should aim to improve this process. They propose several measures that might help to combat this problem. These measures all aim to prohibit the applications of patents that are obvious variations of each other. This can be achieved by requiring a second look by a team of patent quality specialists and by heightening the examination requirements for the continuation of patents. This could ensure that drugs with minor modifications don't get more than one patent. Another topic raised by the letter is that the USPTO has set fees for the filing, search, and examination of applications and according to their judgment, these are below the actual costs of carrying out these activities. In contrast, the fee for maintenance seems to be higher than the cost for the maintenance process. They propose to increase the up-front fees so they are more than the cost in order to ensure not only a better examination of patents but also to discourage low-quality patents.

For all of these questions and solutions, the senators seek a public response by September 1, 2022. However, it's still unclear if law or policy changes would be the ideal tool to solve the patent thickets. It also hasn't been determined whether the drug price changes are related to patent thickets or whether they are due to other reasons. So, more studies are needed to understand better how thickets can be combated effectively and at the same time, not harm innovation in such an important sector.