This articles is the second of a four-part series examining the USPTO’s role in administering the patent system. Other articles in this series: Part I: Introduction. Part III: Databases. Part IV: Experts and Expertise. 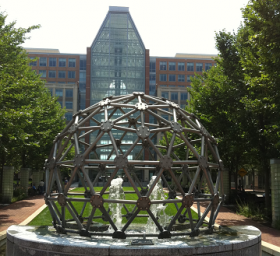 This article will examine human resource limitations and their relationship to issues of patent quality and validity. In particular, we are interested in some of the more fundamental causes of the troubles discussed in the first.

Early in the previous decade, the USPTO recognized a dramatic increase in the number of filed applications -- from roughly 200,000 applications per year in 1996 to more than 500,000 in 2010. In USPTO Annual reports, press releases, and evaluations throughout the first decade of the 21st century workforce expansion is a prominent topic. Despite progress in both workforce expansion and examiner efficiency to address the substantial application backlog, the USPTO remains unable to keep pace. The result is patent examiners which cannot give the proper attention to each application, applications which are approved without sufficient evaluation or prior art search, and “bad” patents which place the burden of invention evaluation on businesses and the court system.

Determining the validity of a patent application is a difficult and complex process. Corporations employ large research budgets and teams of technical and legal experts to draft the precise technical language of an application. A single examiner must evaluate each of these applications, and they have to do it fast.

In each year’s annual evaluation, the USPTO reports the total number of pending applications--that is, applications which have not yet received the attention of a patent examiner. These numbers, compiled in the table on the left below, indicate a dramatic increase in pending applications over the past fifteen years.

The USPTO does not regularly report further details regarding the number evaluated per examiner per year. Still, the given data provides a rough estimate: in 2005 for example, the USPTO received 400,000 applications and added 80,000 to the backlog. This means that the 2005 staff of 4,500 examiners evaluated 320,000 patents, or roughly 70 patents per year per examiner. With an approximate average of no more than 3-4 standard business days to evaluate each highly technical application, examiners certainly have their work cut out for them.

In a recent NYT article, a current patent examiner corroborates this evaluation: “When I get an application, I basically have two days to research and write a 10- to 20-page term paper on why I think it should be approved or rejected,” said Robert Budens, a 22-year patent examiner and president of the examiners’ labor union. “I’m not going to pretend like we get it right every time.”

For its part, the USPTO has dramatically increased hiring in the past decade. Evident on the graph on the right, the number of patent examiners nearly doubled from 2001 to 2010. By 2012, the number of examiners has reportedly risen to 7,650.

In the past five years, three Government Accountability Office reports examined the USPTO’s patent examination workforce in light of the increasing number and complexity of patent applications. A 2010 report notes that “for several years, concerns have existed about the USPTO’s ability to recruit and retain enough qualified patent examiners to reduce this backlog.”

This most recent accountability report referenced reports in 2007 and 2008 that delve into hiring practices. Highlighting examiner attrition, the 2007 report evaluates strategies to retain existing examiners. The 2008 report describes how the USPTO hires sensibly based on its budget and institutional capacity “and not on the basis of the number of patent examiners needed to reduce the existing backlog of patent applications or review new patent applications.”

In terms of hiring, the USPTO is essentially doing the best it can, the 2008 report concluded. “However, because this approach does not consider how many examiners are needed to reduce the existing backlog or address the inflow of new applications, it is unlikely that the agency will be able to reduce the growing backlog simply through its hiring efforts.”

The USPTO has also implemented a variety of other strategies to eventually increase examiner performance and evaluation efficiency (prioritized evaluation, opening of new satellite offices,  etc.) These strategies no doubt help, but do not significantly address the central issue. Evaluating one previous system of setting performance goals for examiners, the 2008 Accountability Office report echoed a basic problem common to these strategies: “[...] these goals do not accurately reflect the time needed to review applications [...].”

Though the pace of innovation keeps increasing, evidenced by a steadily increasing number of applications, the USPTO has reached the stops. Whether it be more effectively utilizing technology in the evaluation process, recruiting outside help to assess patent novelty, radical change to the patent system, the agency will need to pursue a new approach. And fast -- the problem keeps getting worse.