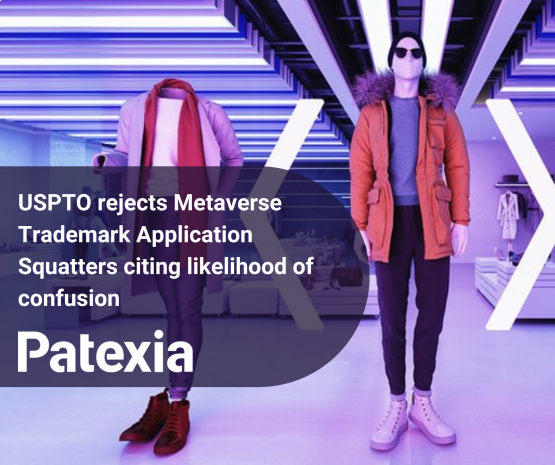 Metaverse as a term dates back to Neal Stephenson's 1992 science fiction novel Snow Crash, representing a virtual reality successor to the internet where humans interacted with each other and software agents. Many online video games have developed metaverse technology components within them, such as Second Life, first released in 2003. Just last year, the social network company Facebook changed its name to rebrand as “Meta Platforms,” declaring its commitment to developing its own metaverse. Although the metaverse is considered by many as a successor to the internet in the future, the concept is still somehow vague and in development by several companies such as Amazon, Apple, Google, Microsoft, Nvidia, Tencent, etc. As of now, metaverses appear similar to virtual open-world games where users can download virtual goods such as computer programs featuring footwear, clothing, and other concepts.

With the growth of the metaverse chatter and projects, there are already trademark squatters trying to get trademark rights over famous brands for metaverse uses. Citing entertainment services and downloading virtual goods or providing online, non-downloadable virtual footwear and clothing, they are particularly trying to get trademarks registered over brands such as Gucci or Prada. While brands like Gucci have already implemented their own metaverse, many others don't have any plans and are theoretically endangered by trademark squatters. As a result, there are growing concerns that trademark squatting over the metaverse will be an issue, and trademark owners are being advised to maintain a proactive approach by filing applications for their brand names containing the words “meta” or “metaverse.” In parallel, they should also register domain names made of combinations of their brand names as well as the “meta” or “verse” words.

USPTO just last week issued office actions to two applications trying to get a trademark registration over the words “Gucci” and “Prada.” Both of these applications were  filed on Nov. 6, 2021, and are similar in aim to get trademark rights over famous clothing brands with intended use for “Downloadable virtual goods, namely, computer programs featuring footwear, clothing, headwear, eyewear, handbags, laptop bags, backpacks, luggage, briefcases, art, toys, jewelry, watches, hair accessories, pet collars, accessories and charms for use in online virtual worlds.” Both office actions cite the likelihood of consumer confusion and previous registrations of the respective brands that have been active in obtaining metaverse-specific trademark rights. These office actions suggest that the USPTO examiners are not allowing the metaverse to become a space for more infringement. However, there is uncertainty about the applications related to brands that have not yet entered the metaverse or filed trademarks to protect them from future squatting.

Policing brands seems increasingly challenging for trademark owners with metaverses and NFT markets expanding. As a result, brand owners should consider the construction of their own virtual marketplace in addition to trademark registrations.