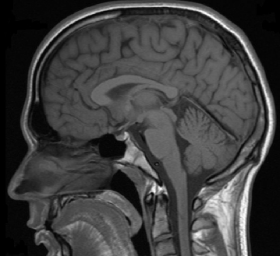 Three-dimensional spatial visualization plays a tremendously important role in medicine. Whether doctors are analyzing a CT, MRI, X-ray or ultrasound (among many other diagnostic tools at their disposal), they’re effectively looking at two-dimensional slices of an inherently three-dimensional object or rendered image. Unfortunately, interpreting those two-dimensional sections requires physicians to mentally restructure the object, which not all do with the same degree of efficiency. Sometimes, alternative views or scans are not available, leading to a loss of medical information. Ideally, interpreting scans would involve a secondary tool that could provide a 3D visualization platform for looking at image angles exactly as they’d appear in real life.

Sergio Aguirre, founder and chief technology officer of Echopixel Technologies, may be responsible for taking this important visualization technique one step further. In collaboration with a company called Infinite z, which has developed a tool called the zSpace, Aguirre is hoping to apply virtual holography to medical imaging. The tool offers three important things for 3D virtualization—stereoscopy, head tracking, and prehension (an ability to interact with virtual objects). Still missing, however, are effective clinical protocols to cultivate the technology from “cool 3D factor” to medically useful applications. In an article showcasing the group’s impressive results, Aguirre compared this to the quality difference of applying 3D to any film post-production versus a film like Avatar, which was crafted around the concept of 3D, in story, visual effects and animation.

With a clinical goal in mind for their holography tool, Aguirre and his colleagues applied the technology to performing virtual colonoscopies with a new navigational strategy based on colon sections. The team chose to focus on colonoscopies because it is one of the few pre-cancer screening procedures that detect the precursor of cancer rather than the cancer itself.  In theory, developing an instrument that can accurately detect all polyps before they ever turn into cancer would mean eradicating that cancer, a tremendous step forward in medical capability. The researchers hoped to both reduce interpretation times and minimize distortions that can be endemic to performing the technique.  They used a public CTC database available from Walter Reed Army Medical Center. The researchers took cases from patients who had received both a same day optical colonoscopy and virtual colonoscopy and where the virtual colonoscopy had resulted in at least one negative CTC reading.

The team found that utilizing their 3D-holography technology, they were particularly able to detect “flat lesions” called nonpolypoid lesions, that are more likely to become cancerous, but that are often misdiagnosed due to the difficulty of detecting them. Indeed, of the 20 patient sample cases processed that had at least one flat lesion, the team was able to increase detection rate by 20 percent due to being able to reposition the colon wall so they could see a difference between the flat lesion and normal tissue. 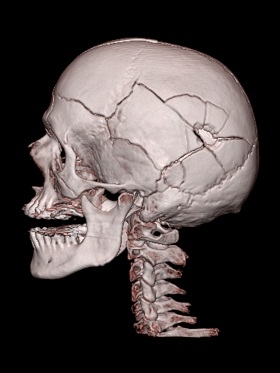 “This technology is very new,” said Dr. Judith Yee, one of the collaborating scientists on the study, “and we are still gathering data. But I think it is the next natural step to 3D in that it really brings it to life in front of you and adds an extra dimension of interactivity that we didn’t have before.”

The importance of developing these inchoate tools for the medical field cannot be underemphasized. Not all doctors have an innate sense of visualization and spatial cognition. This doesn’t make them bad doctors, or negate their diagnostic aptitude, it simply means that they’re not as adept at internally visualizing the images that a scan yields, potentially missing critical data or impacting the time it takes to properly diagnose an anomaly. With the tools that Aguirre and his colleagues have implemented, doctors will be able to manipulate and grasp 3D objects in a way that looks more intuitive to them, and by proxy, understand anatomy in an easier way.

The truly unprecedented sensitivity and intuitive 3D graphics demonstrated by this technology provides hope that implementation in virtual colonoscopies will be rapid.  With the simple use of a stylus, a physician or technician can rotate colon images 360 degrees to inspect all angles of the sample. zSpace Technologies also demonstrated this capacity with a model of the human heart. The research team is planning on expanding their CTC study with the True-3D technology and also foresee exploring applications such as breast tomosynthesis (a 3-dimensional x-ray of the breast, a virtual mammogram), coronary surgeries using CT angiography, and transjugular intrahepatic portosystemic shunt (TiPS) procedures for the liver. The biggest advantage to medical applications is the relative simplicity and low cost of the technology, which would mean a level playing field in smaller health clinics and rural hospitals, which often lack or can’t afford high-tech diagnostic equipment to properly assess patients for routine screens, especially breast cancer.

With proper training in order to utilize the technology to its full effectiveness, True-3D virtual holography could literally transform diagnostic imaging accuracy.