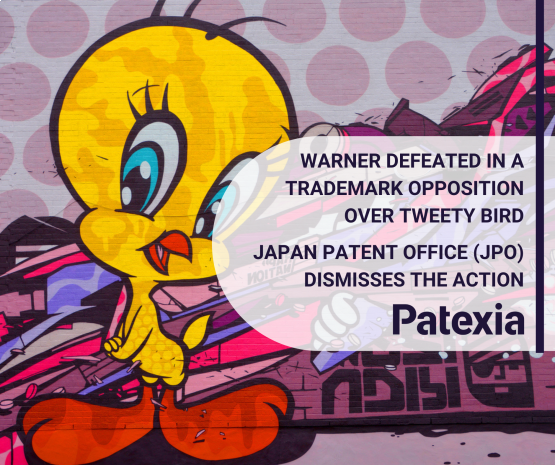 On December 16, 2020, a Chinese company filed an application for a trademark consisting of the word TWETYBIRD and a logo featuring a circle and the letters T and B merged. The decision to register the trademark was taken on August 25, 2021, and it was published on October 26, 2021, awaiting opposition. On the day of the two-month deadline, December 27, 2021, Warner Brothers Inc filed its opposition based on Article 4 - Violation of reason of unregistrability, citing their trademark registered earlier in Japan featuring the word Tweety and the image of the beloved yellow bird. Warned maintained that the words Tweety and TWETYBIRD were likely to cause confusion among consumers, so they asked for the TWETYBIRD trademark to be canceled.

The Japan Patent Office Trademark Opposition Board decided to dismiss the Warner opposition on October 26, 2022. They acknowledged the degree of popularity of the Twety trademark; however, it was argued that the word TWETYBIRD would be assessed as a whole by the consumers, and it was unlikely to cause confusion.