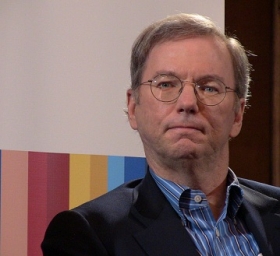 A certain patent-holding company wants to enforce its patent--that is, prevent another company from making and selling the invention described in that patent. That company has a few choices, the first and most obvious being the US district courts. In the most straightforward sense, patent cases are typically brought to this venue for argument, often in the form of patent infringement litigation. There are other agencies involved in the enforcement of patents--the Department of Justice, the Federal Trade Commission, and the International Trade commission--and they are playing an increasingly important role in defining and protecting the rights of intellectual property in the United States. “Why” is an important, and not straightforward, question. They are all part of the intellectual property can-of-worms that is the US patent bureaucracy, and all three are making headlines for it--but we’ll get back to that in a moment.

Department of Justice and anti-competition

First, look at patents themselves. Patents are a government-granted legal monopoly: they give the holder the sole right to practice a particular invention. In a competition-focused capitalist economy this may seen conceptually out of place, but from the cup-half-full point of view this system is central to America’s economic growth. Still, the monopoly waters in said half-full cup are murky indeed. The landmark anti-competition law in the US is called the Sherman Act, and its purpose is to prevent business practices that inhibit competition in the marketplace. The act makes monopolistic business practices (such as price fixing) illegal, and considering that the Department of Justice is charged with enforcing US Law, this agency is necessarily interested in restricting monopolies. That said, the Department seldom comes into play in day-to-day patent affairs, serving more as an upper-level restriction on monopolistic business practices, and generally not concerning itself with unrelated matters of patent infringement (though recent developments suggest that may change).

The ITC entered the picture as manufacturing moved out of the United States. Now, if a US company holds a US patent (only enforceable for products made or sold in the US), they can’t enforce that patent against the company doing the manufacturing (because they are not on US soil). This is where the ITC comes in to dispense justice--with import bans. If the second company tries to import the infringing products into the US, the patent holder can go to the ITC and ask that these product not be allowed in the country.

So far so good--the system works as it should. At least a little. What wasn’t supposed to happen is that the ITC became a de facto patent infringement court because (particularly in the realm of high technology) the majority of inventions are manufactured in some part overseas. Companies that do not want to pay for drawn-out trials and endure long wait times for hearings. On average, ITC trials for patent infringement take about twice as long as in the district courts, and the speed even tends to favour patent holders. The main difference is that the ITC really has only one form of relief for patent holders--complete bans on the import of products, a potentially devastating ruling for the company that’s found to be “infringing.” 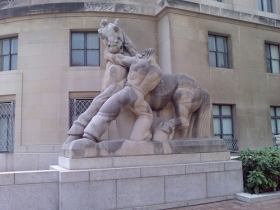 So... where does the FTC, with their mission to uphold fair trade, come in if it doesn’t hear patent infringement cases? To keep the patent holders in check.

The ITC acting as a patent court that favours patent gives one more venue where technology companies can bully each other around in the patent wars. There is one particularly damaging action allowed by this system: a patent “hold up,” which exists because of a very important set of patents that are known as “standards-essential.”

Standards-essential patents are for technologies that are essential to functioning within certain technological standards. If someone wants to make a smartphone that works on common networks, for example, they will have to license the use of a “standard-essential” patent which claims this particular piece of technology. If they cannot license this patent, they cannot legally make and sell phones. In this arrangement, the patent-holding companies hold a good deal of power. They can (and many do) charge exorbitantly high licensing fees for these patents, and threaten to get injunctions from the ITC if licensees do not comply.

This is the kind of behavior which got Google a slap on the wrist for unfair business practices: Google was using Motorola Mobility standards-essential patents to bully competitors into paying unfair license fees. The FTC agreement with Google will prevent Google from seeking injunctions against “willing licensees” which infringe on their patents, so Google can’t use the threat of injunction to bully them around. Of course, the heart of the matter lies in what it means to be willing, but as Florian Mueller puts it, their definition is reasonably clear and straightforward. “Simply put, someone who triggers a court action or arbitration to have the FRAND [Fair, Reasonable, and Nondiscriminatory] terms set, and is willing to take a license on the final terms, should be on the safe side now.”

After the Google FTC ruling came out, many were hopeful that this type of agreement (removing injunctions/import bans on products infringing on standards-essential patents) would become precedent for similar cases. The FTC’s agreement applies only to Google, with whom the agreement was signed. Today the Department of Justice and the FTC released a joint “policy statement” regarding the use of injunctive relief to protect standards-essential patents. “In some circumstances,” read a concluding paragraph of the statement, “the remedy of an injunction or exclusion order may be inconsistent with the public interest.” Only time will tell how much this recommendation will help.