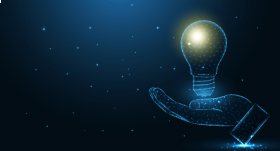 “It’s tough to make predictions,” Yogi Berra once said, “especially about the future.”

This Yogiism continues to ring true, including in matters of innovation and intellectual property (IP) policy. So as we turn the calendar to 2023, how well did we anticipate last year’s developments, and what can we reasonably expect this coming year?

Here were 2022’s predictions from your humble correspondent:

The past year in intellectual property policy included a vigorous debate over proposals to waive patent protections for COVID-19 vaccines at the World Trade Organization, a debate that’s likely to intensify during the coming year. Over on Capitol Hill, legislative efforts at patent reform (including to the eligibility regime) appear to be regaining some momentum. Looking ahead to 2022, we can expect Congress to begin marking up these proposals and for the US Patent and Trademark Office to weigh in under the leadership of a new director.

Indeed, 2022 saw COVID-19 vaccine patent waivers continue to infect the international IP debate, as the World Trade Organization (WTO) authorized a partial suspension of patent rights with respect to vaccines and is now considering expanding that waiver to cover treatments and diagnostics.

So if we managed to overcome the Yogi curse last year, what do we have to look forward to this year? Here are a few thoughts:

The year 2022 witnessed important breakthroughs in the field of artificial intelligence (AI), including most prominently the emergence of OpenAI’s ChatGPT (which answers questions and writes essays, sonnets, and articles in near-human form) and DALL-E 2 (which creates visual depictions of near-human artistic quality). How we think about creativity and recognize ownership of works created by these platforms will challenge policymakers, just as the debate over whether computers can be considered inventors continues to wind its way through various international courts and patent offices.

The US-China Relationship Will Continue to Put IP, Innovation, and Security Policy to the Test

As geopolitical and economic relations between China and the US grow increasingly strained, their effect on IP and innovation policy will continue to ramify. Last year’s CHIPS and Science Act sought to onshore the manufacture of semiconductors in an effort to bolster domestic supply chains and impede China’s access to the most cutting-edge processors. While the measure purports to strengthen American innovation, its effects have yet to be seriously measured.

The Innovation-Versus-Stagnation Debate Will Drag On, but Innovation Advocates Will Gain the Upper Hand

For much of the past decade, a debate has raged over whether the pace of innovation has slowed, plunging the world into a “Great Stagnation.” That discussion has paralleled a conversation about cultural decadence or decline. But it seems likely that 2022’s breakthroughs in AI and laser fusion will only accelerate this year, tilting the balance toward increased innovation.

Patent Eligibility Will Advance—and, This Time, Much Faster Than in 2022

To return to where we started, it seems reasonable to predict that 2023 will at long last see significant progress in—if not outright enactment of—patent eligibility reform. With Rep. Kevin McCarthy (R-CA) ascending to the speakership (not without some difficulty) and Rep. Jim Jordan (R-OH) taking the reins in the House Judiciary Committee, it is expected that the new head of the Courts, Intellectual Property, and the Internet Subcommittee will regard eligibility reform with favor, thereby unlocking greater potential innovation.