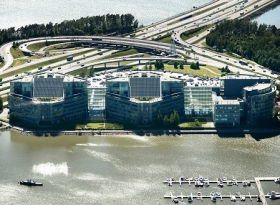 It’s not often that a company wants to be a defendant in a high-profile IP case. In July, however, Google tried to have itself named as co-defendant in a suit filed against HTC by Nokia. This past week a judge ruled that Google can be an intervenor, but Google will not be named as a co-defendant alongside HTC.

Intervention allows additional parties to become a part of a lawsuit, regardless of what the original plaintiff and respondent have to say about it. However, it’s not entirely clear what Google’s interest is in the case. In the suit, Nokia alleges that certain HTC devices infringe upon nine of its patents, which have 87 specific applications.

Interestingly, the patent suit isn’t just about those vague patents that every tech firm seems to have, yet no one can understand why a company would be allowed to patent such a thing. While there are such patents in the suit (“synchronization of databases using filters” and “calendar-display apparatus, and associated method, for a mobile terminal” being two notable examples), the suit is heavy on more specific examples such as a “method for attenuating spurious signals and receiver.” 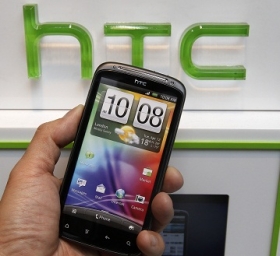 Google doesn’t make a terribly strong case that it will actually be affected. In fact, in filings, the company argues merely that proprietary Android apps are part of the investigation, so Google might be adversely affected.

Of course, there’s always the good reason and the real reason. In this case the good reason is the bit about Android patents -- which doesn’t come anywhere close to meeting the standard imposed upon would-be defendants under federal law. Hence why Google will only be an intervenor. While Google clearly has some kind of stake in the outcome, that stake might not be immediately apparent. The company has the ability to bounce back from just about any patent lawsuit, unless it loses all patents related to search engines and online advertising.

Google has made it part of its business strategy that it partners with a number of other businesses. This is shrewd in that it cedes sectors of the economy to other businesses while also maintaining strategic partnerships with businesses in fields that Google relies upon. However, throughout the patent wars, Google has maintained that it stands by its partner without having any high profile examples of doing so. Google is, to use the language of the Internet, “white knighting” by attempting to stand with HTC against Nokia.

The only real, tangible -- and completely theoretical -- benefit of being a codefendant is that Google would be able to have more influence over future ITC investigations and even then, only with regard to Nokia complaints against the Android patents in question. Even this seems tenuous. If HTC is able to beat Nokia, the public records will provide most of the arguments, so there’s no reason for Google to hop on for anything other than improving relations with HTC and their other strategic partners. Note that Google has not attempted to make itself a codefendent in Apple’s case against Samsung. This has  resulted in a preliminary injunction against the Galaxy Nexus smartphone.

While alliances will continue to shift, we may be entering a new phase of the patent wars. One where companies are not content merely to fight one another alone. The era we are entering is one of strategic alliances and ever-shifting partnerships. It might be an oversimplification, but Google can throw its full weight behind HTC one minute and Nokia the next. In an extreme case, a third party could play two companies against one another, waiting out a bloody war of attrition and picking up the spoils left on the battlefield afterward.

We won’t know anything until probably 2014 at least. But what we find out then will tell us a lot about the future of IP in tech.