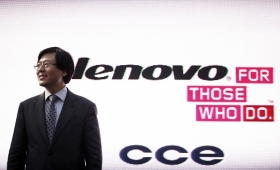 Lenovo’s 2011 annual report shows strong numbers and substantial growth as the Chinese company eyes international market share. As the world’s second largest and fastest growing PC company (14.9% market share), Lenovo looks poised to accumulate economies of scale in the global consumer electronics segments they deem ‘PC+’, or more specifically PCs, tablets, smartphones, and TVs. A number of recent acquisitions demonstrate that continued growth will come in the form of branching outside of their dominance in China, and they have the cash flow and strategy in place to do so.

Lenovo’s 2012 annual report highlights two critical factors: increased sales in mature markets and strong margins. In 2011, mature markets represented 36% of sales. 2012 clocks these markets in at 42%, an enormous year on year growth and a testament to a successful strategy. Complimenting that expansionary statistic is a year on year revenue growth of 37%, and a year on year EBITDA growth to match (36%). Big margins and big expansion will result in increased momentum as Lenovo seeks its 2013 goal of double-digit market share in as many international markets as opportunity allows. 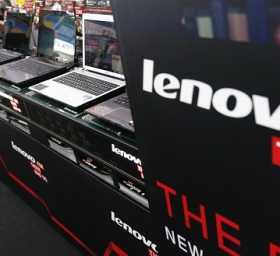 One such mature market is Japan. Year on year from 2011 to 2012 demonstrates a change from 6.3% overall market share to 20.6%. That is more than 300% growth. Of course this result could not be achieved organically. Last year, Lenovo’s successful joint venture with NEC laid the necessary groundwork to rapidly dominate this region through leveraging an already established operation. NEC still assembles and sells domestically under its own brand, allowing Lenovo’s stake to retain the localization advantages and still sell their own PCs (manufactured in China and sold under their own brand).

As of September 6th 2012, Lenovo acquired Brazilian consumer electronics company CCE to establish a strong presence in the third largest international PC market. This acquisition doubled Lenovo’s market share in Brazil (3.5% à 8.2%) and then some, while simultaneously allowing them to manufacture domestically in Brazil to improve returns via lower costs on tariffs and shipping. This was a 100% buyout, with 75% paid upfront and 25% paid via stock options. This approach to expansion is offensive in nature and confident, demonstrating Lenovo’s commitment to continuing their moves towards developing markets as well as mature markets.

Lenovo describes their strategy as protective of their market dominance and profitability in China while attacking in regards to global reach. The underlined goal is increasing their number double-digit market share in as many countries as possible. If 2011 to 2012 is any indicator, they are taking this goal extremely seriously. They have more than doubled their stake in Japan and Brazil in a single year, and increased their stake in Western Europe and North America by around 37% each. Incumbents beware; Lenovo is poised to sit comfortably in the top spot in the industry if this momentum carries over through the next couple years.