The United States Department of Justice announced that medical device company Affordable Healthcare Solutions, LLC has pleaded guilty to charges related to unapproved prescription hyaluronic acid medical devices, as reported by a press release dated September 28, 2021.  The devices are “intended for the treatment of pain in osteoarthritis of the knee that must be injected by a doctor or other qualified health care professional.”  The company was sentenced for “Receiving Adulterated Devices in Interstate Commerce and Delivery for Pay with Intent to Defraud or Mislead, in violation of 21 U.S.C. §§ 331(c) and 333(a)(2).” 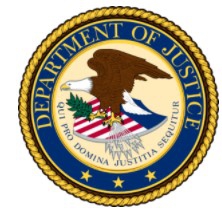 21 U.S.C. § 331(c) prohibits “[t]he receipt in interstate commerce of any food, drug, device, tobacco product, or cosmetic that is adulterated or misbranded, and the delivery or proffered delivery thereof for pay or otherwise.” According to the facts admitted during the plea, special agents with the United States Food and Drug Administration (FDA) located and seized foreign-market Supartz, Euflexxa, Synvisc, Synvisc-One, and Orthovisc that were adulterated for lacking FDA approval for distribution and use in the United States.

According to the press release, a review of the devices seized from Affordable Healthcare Care Solutions confirmed various differences between the outer box and carton labels, patient information brochures, and instructions for use between the FDA-approved labeling for Supartz, Orthovisc, Synvisc, Synvisc-One, and Euflexxa versus the labeling included with the unapproved versions being distributed by Affordable Healthcare Solutions. While discussing the seizure, Special Agent in Charge, Justin C. Fielder, emphasized that the “FDA regulates the manufacturing and distribution of medical devices to help ensure the safety of American patients.”

As a result of the plea agreement, Affordable Healthcare Solutions pleaded guilty to a felony, was fined, and was ordered to forfeit $837,000 worth of devices seized by the special agents. Juan Antonio Gonzalez, Acting United States Attorney for the Southern District of Florida, announced the felony guilty plea and stated: