Here's your weekly wrap up of the top medical news! 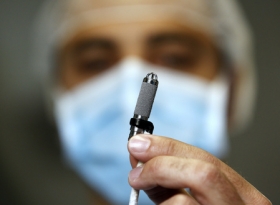 Italian doctors are reporting that they kept a 16-month-old boy alive for 13 days as he waited for a heart transplant by implanting him with the world’s smallest artificial heart. The boy suffered from dilated myocardiopathy, in which the heart muscle stretches or enlarges, impairing function. The tiny titanium pump the boy received weighs only 11 grams, compared to artificial hearts for adults which weigh about 900 grams. The device was invented by American artificial heart pioneer Robert Jarvik and, because it had previously only been tested in animals, the procedure required special permission from Italian health authorities. The boy eventually received a heart transplant and is now doing well, according to his doctors. 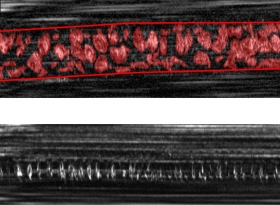 It was a bad week for needles. In two separate announcements, researchers have introduced devices that can view blood cells through the skin and inject drugs without a needle.

The device to view blood vessels, which could someday be no bigger than your thumb, uses an optical microscope that shines a light through the skin and look directly at blood flowing through capillaries. The Israel Institute of Technology (Technion) researchers developing the device say they already have used their prototype to measure several key components of blood cell health. The prototype device, currently around the size of a shoe box, relies on a technique called spectrally encoded confocal microscopy (SECM). SECM creates images by splitting a beam of light into its color spectrum components. Researchers press a probe against the skin of a patient, and the light beam shines across a tiny blood vessel just below the skin’s surface. When blood cells cross the beam of light, they scatter the light’s rays. The researchers collect that light-based data and then use computer programs to translate it into 2-D images of the blood cells.

Using a high-pressure jet, a new system developed at MIT delivers medicine through the skin without the use of a hypodermic needle. The jet-injection device can be programmed to deliver drug doses at various depths, which sets it apart from similar systems already commercially available. The new system uses a small, powerful magnet and coil for precise delivery of drugs. A high-pressure phase has a high enough velocity to “breach” the skin, while a lower-pressure phase delivers the drug in a slower stream that can easily be absorbed by the surrounding tissue. For more about this device, check out this video. 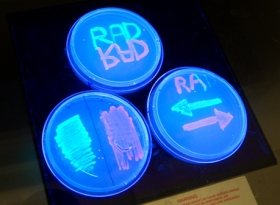 Stanford University researchers have developed a method for repeatedly encoding, storing and erasing digital data within the DNA of living cells. The team used natural enzymes adapted from bacteria to flip specific sequences of DNA back and forth at will. In practical terms, they devised the genetic equivalent of a binary digit -- a “bit.” The team calls its device a “recombinase addressable data” module, or RAD. “Programmable data storage within the DNA of living cells would seem an incredibly powerful tool for studying cancer, aging, organismal development and even the natural environment,” said one of the team members. Researchers could count how many times a cell divides, for instance, and that might someday give scientists the ability to turn off cells before they turn cancerous. 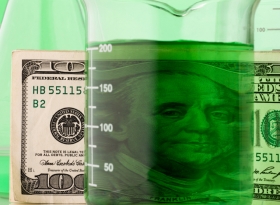 Grant funding for scientists at public and private institutions is as competitive as it has ever been. Especially after the 2008 global financial collapse, state and federal support at universities is collapsing, leaving many labs and principal investigators unable to support their staff and research itineraries. Nowhere is this truer than in the wide-ranging, multidisciplinary field of cancer research. To overcome this challenge, more and more cancer researchers are partnering with the private industry sector. The benefit of these affiliations is obvious and immediate: money. With financial freedom in the laboratory comes the academic freedom to devote resources towards discovery. Nevertheless, some scientists are slightly less enthused by these developments, calling attention to the potential drawback that conflicts of interest might present.