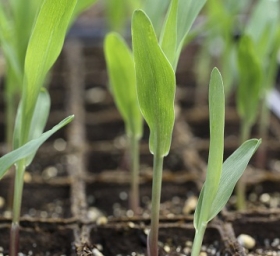 A new announcement last month from Monsanto Company could have tremendous impact in both agriculture and patent allocation for genetic modification of seeds for crop growth.  In an unprecedented move, Monsanto will provide royalty-free research licenses to academic, public and non-profit institutions (including large-scale farmers) for its recently issued patent on Agrobacterium transformation process, recently released by the US.

Invented in the 1980s, the process allows the introduction of trait technologies such as improved nutritional profiles, better withstanding of droughts and tolerance against insects and herbicide through introduction of genetic splicing. The benefits for researchers, according to Monsanto, include advancing research in key dicot crop plants (such as soybeans, cotton, canola, and specialty crops such as alfalfa, potatoes, tomatoes and sugar beets.).

The move comes on the heels of California’s pioneering Proposition 37, up for voting in the coming November election, which, if passed, would make it the first state to mandate labeling of all genetically engineered foods sold to consumers. Proposition 37 is an important harbinger of the coming war against “Big Food” but it wasn’t the only recent battle. A successful petition against the use of “pink slime” in US slaughterhouses earlier this year set the slate for binding legislation.

"Royalty-free access to research tools like the Agrobacterium transformation process is critical for solving important global agricultural problems, establishing industry-academia collaborations, and training students," said David Conrad, Executive Director of NUtech Ventures, a nonprofit organization responsible for building partnerships between the University of Nebraska and the private sector. "We applaud Monsanto for this initiative and encourage other agribusiness companies to adopt a similar approach within the academic and non-profit sectors."

Access to Monsanto Company Agrobacterium technology will now be as easy as downloading a form off of their company site or Facebook page and applying for a license previously only accessible to commercial subsidiaries. 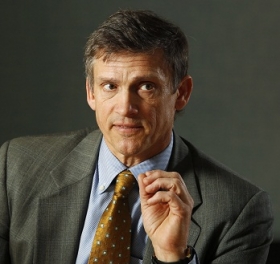 Monsanto’s stated public goals for opening up access to patent technology is innovation in global agriculture, a commitment to food safety and food security around the world, and most importantly, forging beneficial partnerships with the academic community and the global agricultural research community.  But is that all there is to it?  Are Monsanto’s goals really this magnanimous?  For one thing, Monsanto has been under anti-trust scrutiny by the US Department of Justice for several years, with farmers and activists in particular complaining that its genetically modified seeds are used in 80% of US corn and 90% of US soybeans.  To make matters worse, Monsanto’s “group incentive” programs to win sales for its number one product, weed-killer Roundup, have launched a Securities and Exchange Commission investigation.

Secondly, Monsanto has been under intense scrutiny on another front, the safety and health effects of widespread use of genetically modified foods.  (Incidentally, lobbyists from Monsanto are among the most vocal and cash-heavy in helping to defeat a US-wide bill introduced into Congress to label all GMO food.)  A recent study, published in Food and Chemical Toxicology, showed that rats fed a lifetime of corn with genetically modified seeds from Monsanto develop higher rates of cancers and other health problems. Despite widespread criticism of the study, the fact remains that genetically modified crops, seeds and foods are some of the least-studied consumables on the market. They are subject to far less scrutiny by the FDA than other foods, peer-reviewed research (not sponsored by companies like Monsanto) is scarce, and nutritional and toxicological studies are inconclusive (see a nice summary of GMO food science here).

By the same token, vociferous opponents of any GMO use must reconcile how crop manufacturing will be adapted to a century in which the total global population has grown past 9 billion people, presenting verifiable problems with hunger and malnutrition. 1 billion people struggle with hunger worldwide, and a child dies every 11 seconds because of it, with some estimates suggesting that farmers will have to double crop production by 2050 just to meet demand.  It is a fact that protecting crops from major pests and increasing growing and nutritional efficiency for food and (increasingly) fuel and feed are a major area of need going forward.  And without genetically modified seeds, prices of crops would be estimated to be 10-30% higher than they currently are. To wit—from 1996 to 201, biotechnology crops supported an increase in crop production of $78.4 billion.  In 2011, 17 million farmers grew biotechnology crops on 400 million acres in 29 countries.  At this point, one must ask, if not Monsanto, if not GMOs, then what is the alternative? Perhaps loosening the stranglehold on patent technology will facilitate precisely the kind of research into alternatives for crop production without having to splice genomes in the food we eat and are exposed to by proxy.

Lastly, in the wake of appellate court reviews of Monsanto’s seed patents and infringement cases, including EU rollbacks on how Monsanto can apply its patent technology, important questions need to be asked about the potentially troubling precedent that Monsanto is setting.  Can companies obviate very real litigation and anti-trust actions by simply opening up their patents and saying, “Here you go! Everything is in the open now!” without any repercussions.