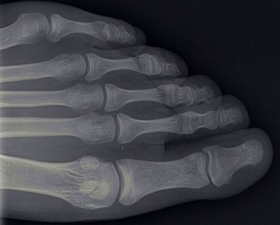 A technique developed in consultation with NASA was initially intended to detect early bone loss in astronauts confined to zero gravity. But, it is also proving much more effective than current tests for determining if patients suffer from bone loss related to osteoporosis or cancer.

The technique, which involves a careful analysis of calcium (Ca) isotopes normally present in urine, ultimately could displace the scans now used to detect bone loss in patients at risk for the condition, according to the researchers.

“We show here that, in humans, the natural abundances of Ca isotopes in urine change rapidly in response to changes in bone mineral balance,” the authors wrote in their paper. “The rate of change of bone mineral density inferred from Ca isotopes is consistent with the rate observed by densitometry in long-term bed rest studies. Ca isotopic analysis provides a powerful way to monitor bone loss, potentially making it possible to diagnose metabolic bone disease and track the impact of treatments more effectively than is currently possible.”

The researchers’ paper, “Rapidly assessing changes in bone mineral balance using natural stable calcium isotopes,” will be published on June 1 in the Proceedings of the National Academy of Sciences' Early Edition.

Patients at risk for significant bone loss include those suffering from osteoporosis and osteopenia, along with some cancer patients; multiple myeloma can cause bone loss, and hormonal treatments for breast and prostate cancer also can lead to thinning bones.

Currently, the accepted way to detect this bone loss is by using a dual-energy x-ray absorptiometry (DEXA) scan, a 20-minute x-ray procedure. DEXA scans use two different sources of x-ray energy that travel through the bone being scanned -- usually the hip and the spine. The machine measures the strength of the x-rays after they pass through the bones; calcium in the bones weakens the x-rays as they pass through, so significantly weaker x-ray signals indicate strong bones. By using two different sources of x-ray energy, the machine is able to precisely and accurately measure bone density.

DEXA scans typically costs around $250-$350 per patient. In many cases, health insurance companies will not reimburse for a DEXA scan, and some patients avoid them due to concerns about exposure to x-rays, even though x-ray exposure from a DEXA scan is quite low compared to other procedures. 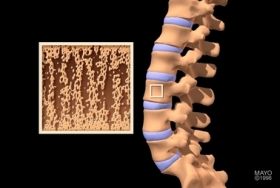 Other researchers have attempted to use ultrasound scanners for bone loss detection, but with little success.

The urinalysis technique for measuring bone loss, on the other hand, potentially could lead to a much more sensitive detection procedure, according to Jennifer Morgan, a researcher at Arizona State University (ASU) and lead author of the study published in PNAS.

Different isotopes of a chemical element -- calcium, for example -- react at slightly different rates. When bones form, the bones seem to prefer the lighter isotopes of calcium, which consequently enter the bone a little faster than the heavier isotopes. Sensitive mass spectrometry can measure this difference, which is called “isotope fractionation,” through a process developed by Morgan and her colleagues at ASU.

The sensitive mass spectrometry technique is used much more frequently in Earth science than it is in bioscience, Morgan said in a statement.

In their study, the researchers tracked 12 individuals confined to bed rest, which is known to induce bone resorption. Calcium isotopes in urine samples shifted in a direction consistent with net bone loss after one week, long before a DEXA scan could have detected changes in bone density.

The calcium isotopes indicated an average bone loss of 0.62 percent in bone mass over the course of the 30-day study.

The study was funded by NASA, which is actively seeking ways to measure and counteract the bone mass loss that could occur in astronauts as they traveled to Mars or to an asteroid.

Arizona State University news release. Earlier detection of bone loss may be in future. May 28, 2012.

Related Organizations
Vanacore Music Publishing, LLC
Tags
Medical imaging osteoporosis cancer technology diagnostics isotopes calcium
Share
Previous Post
Next Post
Daniel PorterSounds like a great breakthrough that will be easy enough to implement. No mention of how much equipment is necessary for the calcium urinalysis -- could this eventually become a reasonably portable device?
May 30, 2012
2nd Annual Patexia Mixer