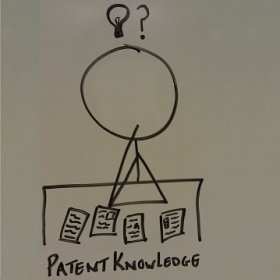 The America Invents Act focused largely on the question of priority rights to patent inventions. The new legislative language described changes to patentability requirements, but also to the procedures for outside challenges to patentability. The transition, from a first-to-invent to a first-to-file system, puts America in line with the rest of the world in terms of how to resolve invention priority disputes. On their face, the system's differences seem simple; in one the first inventor gets exclusive rights to patentability, and in the other only the first inventor to file a patent application gets these rights.

In reality, the differences between these two systems is subtle. The old patent system relied on "interference" proceedings to resolve priority disputes, where the new system will use "derivation" proceedings similar to those in the European patent system. Both systems aim to protect the rights of the true inventor by providing mechanisms to appeal wrongfully submitted patent applications. In broad strokes, where interference proceedings determine who had the idea first, derivation proceedings instead focus on invention originality.

Any third-party can initiate interference proceedings, also known as a priority contest. In some cases in the first-to-invent system, for example, two patent applications which claim the same invention raise the question of who discovered the invention first. Because the USPTO considers patent applications as prior art when determining patentability, the inventor to submit second will be rejected because the first inventor's application qualifies as prior art. If the second inventor to submit believes he was the first to come up with the invention, he will file interference proceedings with the USPTO.

In these challenges both initiation and the burden of proof fall on the shoulders of the challenger (in the above example, the second inventor to file). The challenger must present compelling evidence to demonstrate that he was the first to create the invention claimed. If the review board at the USPTO finds the challenge to be valid for some or all of a patents claims, those claims are invalidated. The first inventor's application will then be processed. Because of the need to determine who had the idea first, interference examination emphasizes the temporal aspect of invention priority. One significant drawback of this system, and one of the main motivating reasons for patent reform, is the burden of proof placed on the original inventor--potentially a costly and lengthy endeavor.

The USPTO cannot hold interference proceedings for patents issued on or after March 16th, 2013, when the patent system will transition finally to a first-to-file system.

In a first-to-file system, the patent office can easily resolve the dispute described in the above example. If two inventors independently create an invention, when the they invented in is irrelevant. All that's important is who gets the application in first; they alone have the rights to a patent. As a result, interference proceedings are not necessary.

In a first-to-file system, though, the patent office would still like to protect the rights of inventors from intellectual property theft or plagiarism of ideas. In intellectual property lingo, we would say that this means the creation a form of derivative work. The USPTO would still like to prevent the case where an inventor files a patent application for a work that is either a copy or a derivative work of another inventor's without proper attribution. As a result, the first-to-file system will have an analogous procedure to interference proceedings, called derivation proceedings. Derivation proceedings focus mainly on the ideas themselves, with the goal of determining if one invention is a derivative work of another--or not.

The question of who had the idea first is relevant, but only because a derivative work must necessarily come second. What's more important is whether or not the two sides of a derivation dispute created the invention independently. If the ideas are found to be independently created then it does not matter who had the idea first as the first inventor to file gets priority rights. Otherwise, the original inventor gets the rights.