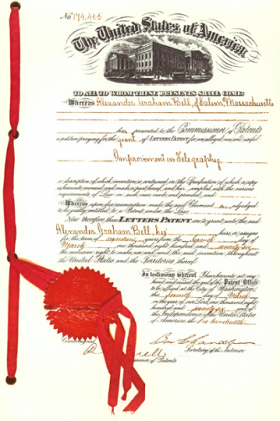 Patents exist to promote innovation. By granting a federally recognized documents to inventors with a new idea, the government is able to make these ideas public while at the same time protecting the rights of the inventor. This free exchange of information is key to fast-paced technological development, making new ideas available to innovators as quickly as possible. Novelty is key to this process, as inventions are by definition the first of their kind. The patent office does not want to grant patents to individuals who simply copy the ideas of inventors before them. The USPTO has the responsibility to determine whether or not the idea submitted in any particular application is novel. For this, they they examine what is known as prior art.

“Art” in this context refers to the results of skilled development within a particular technological field, and not the creative results one might associate with visual art or modern art. In the world of intellectual property, we use art to refer to the body of knowledge that exists around a certain technology and is readily available to the public. When we use the phrase “state of the art” this is what we mean: the most current state of publicly available knowledge within a particular technological field. When discussing a particular invention, prior art refers to all of a field’s technical knowledge prior to the invention.

Before Alexander Graham Bell’s invention of the telephone 1876, for example, all of the knowledge available about telegraphy and related fields in the years before comprises this invention’s prior art.

Should the patent examiner have found a document published before Bell’s patent application in 1876 describing a device similar to the telephone, Bell’s patent would not have been granted.

The examiner’s job isn’t quite over, and Bell’s not in the clear just yet. Just how similar can an invention be to ideas described in prior art while still being novel? The legal definition relies on the skill and knowledge of individuals at the time of the patent application. According to the United States Code, an idea cannot be patented if they differences between that idea and those described in prior art “would have been obvious at the time the invention was made to a person having ordinary skill in the art to which said subject matter pertains.” (35 USC § 103)

If a person generally skilled in the art of telegraphy would have said that Bell’s invention was obvious given what was known at the time, his patent would not have been granted.

As we know, Bell’s telephone was not described in publicly available documents before his application, and it was certainly not obvious to other inventors at the time. These two checks for novelty form the basis of what constitutes an invention in the US patent system to this day. A prior art search is the process of looking through publicly available documents for evidence that an ideas was either described explicitly or obviously deducible before the patent application was filed.