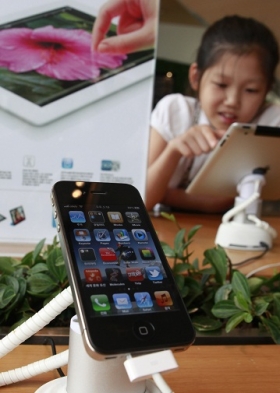 If you happen to have an iPhone 4S handy, go ahead and ask Siri about a patent lawsuit that was filed April 25, 2012, in U.S. District Court for the District of Colorado. If she seems uncertain, help the poor woman out by naming the plaintiff (Potter Voice Technologies Llc.) and the defendants, Apple, Google, and Microsoft (for Siri, Google Voice, and Windows Speech respectively), as well as Nokia, RIM, Samsung, Sony, LG, Motorola Mobility, ZTE, Huawei, Kyocera, Sharp, HTC, and Pantech (did we leave out ANYONE in the mobile tech world?).

Potter Voice is represented by the Lanier Law Firm, whose  founder Christopher Banys asserts that these companies' products "would never have been possible if not for the technology embodied in Potter's patent. The defendants have collected a fortune using Potter's technology, and we are asking the court for at least a reasonable royalty based on their unauthorized use."

In 2004, research and design company SRI International filed for a patent on "Accessing network-based electronic information through scripted online interfaces using spoken input", citing the '569 patent. Three years later, SRI spun off this development as a separate consumer focused company called Siri, which in another three years was acquired by Apple. We all know the rest; Siri became the high-profile centerpiece of the iPhone 4S, crystallizing the voice trend among mobile device companies.

SRI's citation may be a critical element in Potter's case, in that it's virtually the only evidence that the '569 patent played any role whatsoever in the long quest for the holy grail of voice-integrated computing.

To be fair, '569 is an ancient patent in tech reckoning, having been filed in 1995... which was also the year of the version-one release of Microsoft's SAPI (Speech Application Programming Interface). SAPI was the fruit of over two years of labor by Microsoft's speech-systems team, consisting of three-quarters of the Carnegie Mellon University professors that won awards and DARPA recognition for the groundbreaking Sphinx speech recognition system in 1992. During the same year, Apple had unveiled "Casper", a voice-command technology that Cupertino had been working on since 1990 or so.

Any amateur mycologist can tell you that it's difficult and dangerous to distinguish between tasty, nutritious wild mushrooms and poisonous fungi. Similarly, it can sometimes be almost impossible to say when you're looking at an innovative underdog who is bravely trying to win rightful recognition from the evil corporate overlords, or when you're actually seeing a predatory and opportunistic litigator who is trying to steal the ripe fruit of someone else's R&D. 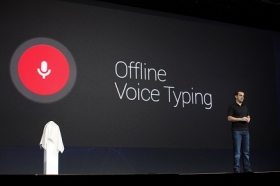 mall company with no measurable manufacturing or means of revenue aside from litigation? That seems applicable here. Potter is obviously a classic Non-Manufacturing Entity, without any tangible evidence that its R&D department consists of anything more than vague brainstorming sessions and a lawyer on speed dial.

Shell games? Yup. Last year, Jerry Potter assigned his patent to Empire IP Llc., a Texas NME shell company that helps "individual inventors and small businesses that are looking to realize value from their patents. Typically, these patent owners have had their licensing offers rejected or ignored by large corporations, but they lack the time, expertise and capital to pursue these licensing opportunities. That is where Empire IP comes in").

Although we can't be privy to the inner workings of Empire, the extent of those five months of help appears limited to re-assigning the patent to Potter Voice Technologies Llc., a Colorado NME shell company, on April 3, 2012. If you're counting, that's 20 days before the suit was filed.

Litigation commencing well after the success of the products in question? Check. It's hard to say when it's really the "right time" to sue, but Siri (et al) has been well-known for quite a while now. I'm inclined to think that it's a not a vote for due diligence if you wait to assert your pizza delivery patent until after Dominos sponsors the Super Bowl.

Eastern Texas District Court? No, and that's a minor plus for Potter. If we were truly following the patent troll playbook, the patent would have stayed in Texas with Empire Llc., and filed suit in a more sympathetic venue.

The '569 patent is as classic an example of mid-1990s software / method patent as you'd ever hope to find. Even if you're not a vehement "no software patents!" kind of person, it almost goes without saying that even a slightly more strict interpretation of "patentable subject matter" would find '569 lacking.

In order to find it novel and non-obvious, even in 1995, one would have to be distanced considerably from the computing world. As far as I can tell, Mr. Potter's name is not well-known (or known at all) in the tech world -- there is a far, far greater chance that he was aware of the work of (for example) Xuedong Huang, rather than vice versa.

Usefulness? That's a fair question. Siri has proven just how useful the idea of streamlined and powerful voice-integration can be. Before the 4S came out, voice was most often "almost there, but not quite", a status that was as true in 2010 as it was in 2000, 1995, or even 1966 (a year in which any number of Starfleet personnel utilized oral input to control a digital computer).

The '569 patent is being invoked quite specifically against mobile speech applications. This seems potentially problematic, in that the claims never address a platform more specific than "digital computer". Granted, the mobile market of 1995 had barely evolved into the mainstream usage of "talk and text" feature phones, let alone commercially viable PDAs -- but one might think that Potter's legal team would want to make a direct connection between the defendants and the claims. If you came up with the idea of footwear, why would you only pursue Nike and Adidas?

1995 is well before many current- or even last-generation voice integrated computing systems. The language of the patent is arguably specific enough to envision a broad class of voice control methods that utilize verbs and databases.

There should be truckfuls of prior art to argue against novelty and non-obviousness. The ambiguity of the description and claims should be apparent, although that hasn't always prevented settlements and / or licensing in the past.