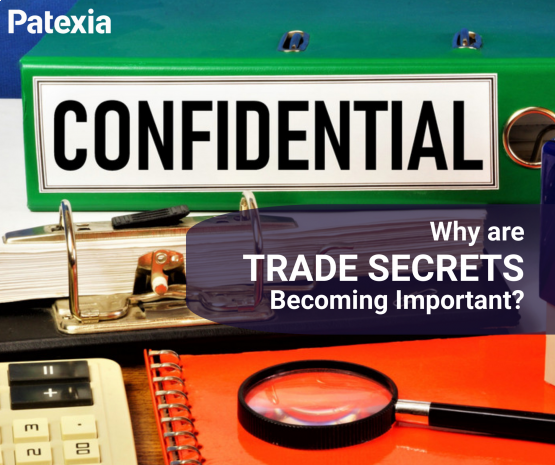 Trade secrets are an old form of IP that some people argue it dates back to Roman times. They have always been a choice for people who want to protect their intellectual property, along with copyrights, patents and trademarks. Since trade secrets don’t need registration, it’s difficult to study the trend, however there is a general consensus that they are becoming more popular lately. This can be noticed when seeing the cases involving trade secrets which have grown exponentially for the last 50 years. What are some of the advantages that trade secrets offer and how do these apply in the present times?
The first one that should come to our minds is the wide range they cover. Many modern inventions, especially from the information technology field are almost impossible to be protected from copyrights, trademarks or patents. Think of algorithms and systems, it’s quite difficult to show that they are patentable and obtain the registration. The computer science is expanding as we speak and trade secrets seem to be doing a better job in protecting its IP.
Secondly, many modern inventions, included those from the computer science, require not to be disclosed. Nowadays with the current level of technology is possible to obtain and transfer information about something and produce as many copies as you want quite easily. Now think of trying to obtain a patent and failing. This means your secret is no longer a secret.
Lastly, it’s worth mentioning the time factor. Not only the registration procedures of a patent can take a while, but still it grants you a maximum of 20 years in protection. Meanwhile trade secrets are in effect quickly and can go on forever provided that you are able to maintain them as secret. This is good especially if you have no plans to sell or license others to use your invention.
In conclusion, even though sometimes the trade secret protection is considered fragile and it’s difficult to maintain the level of confidentiality required, still trade secrets offer some advantages that make them worthy and ideal especially in the modern era.