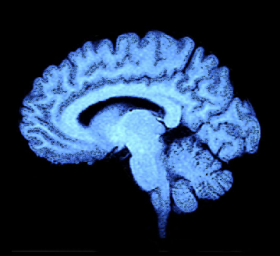 Patexia recently covered new NASA-based infrared camera technology that is being tested in operating theaters as a tool to help excise brain tumors with more precision and ease.  Now, new research out of Lancaster University, led by Dr. Francis Martin, and published in the journal Analytical Methods, is giving scientists a quantitative way to pinpoint and distinguish tumors, even to the degree that they’ve advanced in stage.

As we previously mentioned, one of the biggest current challenges of neurosurgery are tumor-removal operations. Unfortunately, they are also the most common first-line treatments recommended to patients with brain tumor diagnoses.  Currently, ascertaining where the tumor ends and normal brain tissue begins is a tenuous undertaking. The long tentacles of the glioma, one of the most common brain tumors, present a tough challenge--removal of too much tissue could significantly impair the patient, but not removing enough tissue means that the cancer could recur. Current procedures involve slicing into the brain and removing as much tumor tissue slice by slice as they can see by microscopic magnification during the surgery. 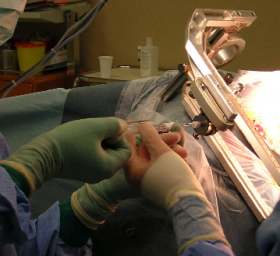 “Brain tumor tissue looks the same as healthy tissue on the edges," said Babak Kateb of the Keck School of Medicine, a research fellow and lead scientist of the NASA infrared technology project.

Luckily for scientists, it also appears that this tissue emits a unique chemical, nicotinamide adenine dinucleotide hydrogenase (NADH), selectively found in overactive tumor tissue bot NOT healthy tissues. Presence of tumor associated NADH can, therefore, be utilized as a cancer marker through the measurement of fluorescence intensity as a proportion of NADH concentration.  This is precisely what the NASA scientists incorporated into brain surgery, a way to utilize UV imaging to create a “metabolic map” of the tumor.

Unfortunately, this recent breakthrough lacked one element -- precision.  The surgeons could visualize the tumor apart from their surgery, however they still relied on traditional operating techniques to actually remove the tumor due to an inability to confirm the IR camera’s accuracy.  Until now.  Dr. Martin and his colleagues have confirmed the biochemical ‘fingerprint’ of tumor tissue, but have taken one step farther, combining Raman and Infrared Spectroscopy to get an even more accurate picture of tumor versus healthy tissue, and then analyzing it with statistical analysis.  Their methods were so effective, they were able to differentiate not only tumor versus healthy tissue, but also whether they were secondary cancers arising from a different site or primary malignancies.

The team is hoping to combine their statistical approach with methods already available to surgeons, such as immunohistochemistry, to be able to test tissue inside an operating theatre and remove all traces of a tumor with certainty.

According to Professor Francis Martin: “These are really exciting developments which could lead to significant improvements for individual patients diagnosed with brain tumors.  We and other research teams are now working towards a sensor which can be used during brain surgery to give surgeons precise information about the tumor and tissue type that they are operating on.”

It is entirely possible that in the coming years, brain tumor removal surgery could become a mathematically-quantified, robotic endeavor, where a combination of IR/Raman spectroscopy, statistical analysis and a specialized camera to take any and all guesswork out of discriminating between malignant and healthy tissue in real time.