We have analyzed all the patent-related CAFC appeals, originating from the PTAB, ITC or district courts. The analysis covers a 5-year period, from January 1, 2016 through December 31, 2020. Our first CAFC Intelligence Report will be released tomorrow.

The report evaluates all stakeholders that appeared before the Court of Appeals for the Federal Circuit (CAFC). During this period, a total of 4,862 patent-related appeals had been filed. As of October 2, 2021, 4,226 of these appeals had been terminated. In total, our analysis covers 779 law firms, representing a total of 4,426 companies, including 2,803 appellees, and 2,393 appellants. Several companies appeared on both sides in different cases. A total of 3,904 attorneys represented these companies. In total, 104 judges presided over these cases. 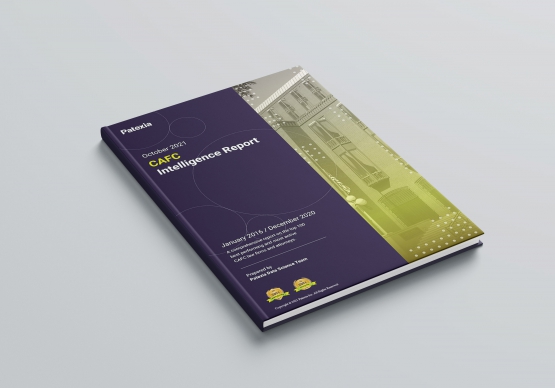 The number of cases peaked in 2016 at 1,164 and had soft declines in the following years. As you can see in the following bar chart, most of the CAFC cases originate from the PTAB, with Inter-Partes Review (IPRs) being the main source of these appeals. District Courts come second while ITC numbers are far fewer. 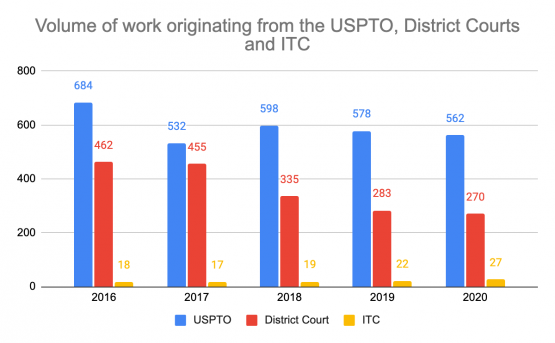 As for the outcome of cases, the most common opinions and order include:

Our analysis of terminated appeals reveals that almost half of the CAFC cases conclude with affirmed judgement, meanwhile about a third are dismissed for different reasons. About 10 percent of appeals receive an “in-part decisions” (e.g., affirmed-in-part, reversed-in-part, vacated-in-part, etc.). 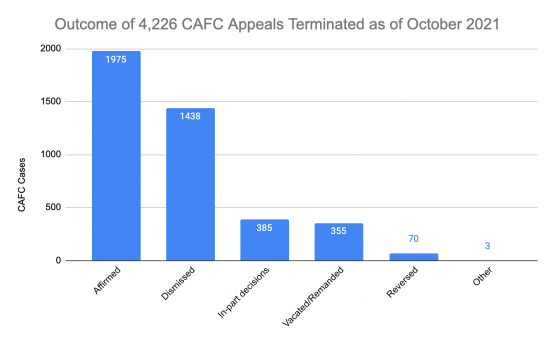 As you can see in the above chart, reversed outcomes account only for 2 percent of all terminated cases. This is what is considered a win for the appellant.

The complete 100-page CAFC Intelligence Report will be available for download from tomorrow. The report covers other statistics such as the ratio of precedential vs. non-precedential decisions or percentage of PTAB-originated appeals that were filed by the patent owner vs. the petitioner.

The report ranks attorneys, law firms and companies by activity and performance in three categories of appellant, appellee and overall. It includes the top 3 clients for each of the attorneys, and law firms as well as the top three firms represented each of the companies.

In the coming weeks, we plan to publish some of the best performing IPR attorneys, CAFC law firms and CAFC attorneys. Stay tuned!