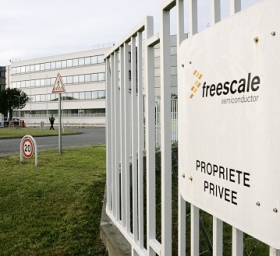 While certainly not the only company embarking down the path towards licensing and litigation revenue, Freescale Semiconductors (NYSE: FSL) seems to be showing an increased focus upon this particular segment. From a broader perspective, this raises a number of critical strategic questions for patent-heavy industries going forward. With legal costs on the rise like this, the first thing companies need to know is simple; what are they buying?

Patents: Not What They Were

The concept of intellectual property and patenting has evolved alongside the competitive markets. Similar to purchasing securities, buying patents has demonstrated competitive potential that could justify a business model in and of itself. Intellectual Ventures (IV) is something of the classic example in this regard. However while IV literally bases their business off IP income, most companies invested in litigation are direct participants in a particular industry. This creates two distinct strategies towards patenting lawsuits: investment-based (trolls) and competitor-based (protecting the fruits of research).

As this IP factor cuts deeper into everyone’s pockets, a clearer understanding of what value is being captured should be expected to go along with it. To put it loosely, I think FSL stands to see the derivation of any or all of these three advantages: direct licensing revenue, future bargaining chips, or product protectionism. FSL’s patent lawsuits in 2009 and earlier averaged out around 2 or 3 a year. This number has risen up to 16 in the past two years, and finally finishing at a formidable 9 so far in this year alone. Though the patent litigation within the semiconductor industry has essentially doubled in the past 10 or 15 years, FSL’s recent focus looks more deliberate than reactionary as it triples and quadruples.

There is a reason why FSL in particular may be eyeing alternative income, and it could be essentially summarized in a word: debt. As a company with its roots as a divestiture of Motorola in 2003, and soon thereafter being purchased by one of the largest buyouts of all time in 2006, FSL has always been under water. Indeed, the aforementioned buyout resulted in a staggering $6.6 billion debt burden.

With FSL’s growth rate sitting in the uncomfortable position of last in the industry, isolating alternative sources of revenue seems crucial. FSL’s most recent annual report (2011) describes precisely this: “Other net sales increased by $61 million, or 51%, in 2011 compared to the prior year, due primarily to an increase in intellectual property revenue, partially offset by a decrease in contract manufacturing sales.” With these two financial factors in mind, a litigation-based approach towards revenue generation seems like a valuable compliment to struggling sales growth. 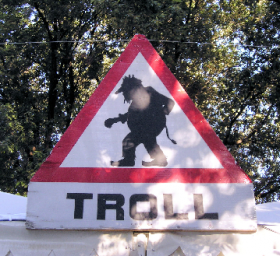 To put two and two together here, we have a weakened semiconductor company who’s recently upped their strategic focus on litigation in a way that looks similar to the more offensive strategies closely attributed to trolls. One might argue, and rightly, that the most synergy to be derived in patenting disputes is to take the trolling attitude of investment-based patent investment alongside the competitive protectionist one. While this approach towards patenting may seem to lose sight of the initial ideology behind IP, the issue is that companies like IV won’t hesitate. It’s their business model after all.

A study by Hall and Ziedonis (2007) empirically approached exactly this concept of IP lawsuit growth, and essentially derived only one statistical surety: Litigation is an external threat, in the form of outside IP investors. “In fact, their (semiconductor companies) litigation rate as enforcers of patents remains relatively stable over the past two decades once we control for factors such as the number of patents they own and changes in R&D spending. In striking contrast, we find an escalation in their baseline risk as targets of litigation brought by outside patent owners.” (Hall and Ziedonis). This is enormously revealing. Litigation is currently more of a growing threat than it is a growing opportunity, and a reasonable reaction to this would be to go on the offense.  FSL did exactly that, and saw 51% revenue growth in that sector.  Not bad.

Whether or not FSL is actively pursuing a profit generation strategy via forcing lawsuits is difficult to say for sure. However, their increased focus on litigation alongside their struggling growth implies that this may very well be the case. Combine this with the rise of patent trolls over the past decade, and offsetting this threat via a more offensive approach seems strategic. What this might mean is that we may see more industry incumbents acting the role of a troll in an effort to take back their own control of industry patents, offsetting the risks attributed to patent trolls. Unfortunately this probably means, if anything, yet more patenting wars. Just what we need…