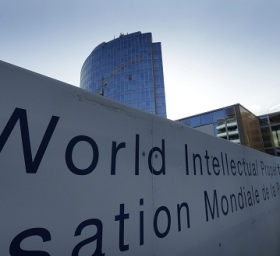 The exclusion makes a certain kind of sense; after all, it's hard to fault an organization dedicated to protecting property for not wanting pirates aboard. However, The Pirate Party is not seeking to plunder... and WIPO's own mission is far from clear.

What is WIPO's mission? It depends on who, or when, you ask. Originally, the organization was explicitly dedicated to "protection of intellectual property", to the extent that it was part of the name itself (BIRPI, Bureaux Internationaux Réunis pour la Protection de la Propriété Intellectuelle). Reorganized and re-christened in the late 1960's, and formally established in 1970, the "protection" element was dropped from the name (but not the mission statement).

However, by the time that WIPO officially became a UN entity in 1974, the language had become less direct. WIPO was now responsible "for promoting creative intellectual activity and for facilitating the transfer of technology related to industrial property to the developing countries in order to accelerate economic, social and cultural development". Just as "protection" became "promotion", "enforcement" became "respect" -- for the most part, anyway.

The Pirate Party also suffers from some disconnect between the name and the mission. The use of the word "pirate" is a conscious reaction to the misuse (or at least overuse) of the term "anti-piracy" by political and corporate entities attempting to legislate and enforce real property laws in the virtual environment.

Where you might expect the Pirates to be all in favor of dismantling intellectual property laws completely, in actuality the organization has consistently argued for reform of IP law. The Party argues in a manner consistent with open-source pioneer Richard Stallman and the digital rights advocates of the Electronic Frontier Foundation -- not exactly "loot and pillage" adherents. The Pirate Party represents a considerable portion of the world population that is keenly concerned with intellectual property, and is just as keenly convinced that the digital age requires a closer look at decades- or centuries-old concepts of rights and ownership.

What was the Pirate Party asking for? Observers are allowed to attend meetings and have their comments heard. They do not participate in voting. At most, observers serve as "expert witnesses" for some specific element of the discussion in question, and at least provide representation for a segment of the population that may not otherwise be involved in the process.

For PPI to be included in this group seemed reasonable enough to WIPO's Director General, who has officially recommended approval. Technically, Pirate Party International is not a direct overseer of any of the politically active Pirate Parties, but merely a support organization to "provide a common resource" and to facilitate founding local / regional Parties. 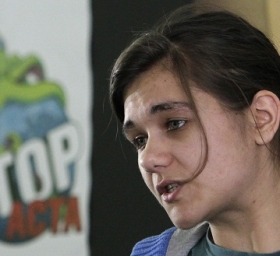 The technical detail that was invoked dealt with the NGO status of the Pirate Party -- in other words, whether the Pirate Party was actually a governmental organization by virtue of its affiliated Parties' "historic" successes in election to office, and whether that precluded PPI from being granted NGO observer status. The U.S. and Switzerland were confirmed as having raised questions, while France was also named by some sources.

One of the Party's successful office-holders is Amelia Andersdotter, a Member of the European Parliament for the Pirate Party in Sweden, who wrote about the inherent hypocrisy of the WIPO decision.

"Clearly, even at the World Intellectual Property Organisation they know that intellectual property rights, copyrights, patents and trademarks are quickly becoming highly politicized topics, very present in the public debate and the number of private persons in society who do not feel in some way negatively affected by the current regulatory framework is quickly decreasing."

As is often true with "procedural objections", there's cause to wonder whether this represents a convenient loophole by which to stifle an unwanted idea. When WIPO decided to hold a meeting in 2003 to consider the open-source issue, an outcry and outpouring of lobbyists ensued (from Microsoft and elsewhere). Ultimately, the plans were officially dropped because, uh, WIPO had run out of money to host any more meetings that year. USPTO director Lois Boland was a bit more specific about WIPO's ideological objections, stating that USPTO's view was that "to hold a meeting which has as its purpose to disclaim or waive such rights seems to us to be contrary to the goals of WIPO."

Before four more years had passed, WIPO had quietly added an open-source page on its website (not representing the view of WIPO or its member states, of course) and the Pirate Party was officially founded in Sweden. Innovation, it seems, comes whether you earmark it in your meeting budget or not.

The U.S. in particular seems more likely to regard the goals of WIPO as more consistent with corporate interests. "In another development, the US said it is asked that WIPO set aside a regular day for corporate right holder groups," wrote James Love of Knowledge Ecology International. "One member of the US delegate said they wanted a 'Davos type' format, with CEOs of leading companies interacting with government delegates and WIPO officials. When asked, have you proposed similar event for consumer, public health and development groups, the answer was no. The US said its proposal at WIPO for the right-holders day had a lot of support. It also comes at the same time that the pharmaceutical and processed food industries are seeking more direct roles in the governance of the World Health Organization (WHO), under a 'WIPO Reform" negotiation.'" 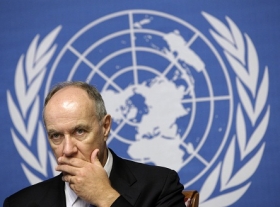 WIPO's final decision to delay the PPI decision, rather than to grant "interim" or "provisional" observer status, can certainly be called into question, as some already have done. "It could be considered during the year to amend the admission procedures," wrote William New of Intellectual Property Watch. "There could be consideration given to narrowing the scope of who could be an observer, as some think it has expanded beyond those specifically interested in IP rights."

There's no question that the Pirate Party is specifically concerned with intellectual property issues, unlike the more broad-ranging interests of several of the 230+ existing NGO observers. And there's even less question that the Pirate Party is interested in representing a portion of the population that will not be heard via observers such as the Motion Picture Association, and many others who are quite obviously in favor of corporate rights-holders.

But confusingly, WIPO also allows IGOs to be observers -- which would seem to indicate that PPI's connection to government is not even really an issue. Given the fact that the European Union itself is admitted as an NGO observer, it's difficult to justify exclusion on these grounds. So when the period of review has ended, will the Pirate Party find its niche in WIPO -- or will there simply be a "better reason" to ignore the inconvenient innovations that PPI represents?