Undoubtedly, 2012 was a big year for the intellectual property world. Significant developments not only in the United States at the USPTO but around the world will mean a very different landscape in years to come. Looking back at the some of the highlights, Patexia asked several prominent IP bloggers to give their take on the past twelve months and look ahead towards those to come. The responses we got spanned a range of important issues. Here are some of the highlights 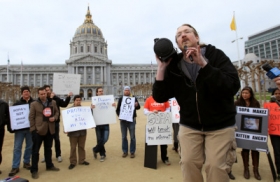 At this time last year, piracy was on everyone's mind. Eric Goldman writes that “the biggest Internet Law development of 2012 was the failure of SOPA and PIPA.” In an article on the six-month anniversary of the legislation's demise he recalls: “In response to massive voter feedback to Congress, a remarkable 19 United States Senators (nearly 20% of all senators) either changed their position on PIPA (from supporting to opposing) or newly announced a position on PIPA by coming out opposed to it.” His article also notes that this means we retain the status quo. In 2013 Goldman will have his eye on the results of the Google FTC antitrust investigation. Does the search giant use its near complete domination for good or for evil? The results of the investigation could have some broad-reaching consequences, but we'll have to wait until the new year to find out.

The contentious debates between pharmaceutical giants and generic manufacturers are coming to a head—nowhere are the symptoms of our malaised IP system more prominent, particularly in a global context. Shamnad from Spicy IP writes: “The biggest IP development in India was certainly the issuance of the first post TRIPS compulsory license in favour of Natco Pharma, an Indian generic company. The license was issued on the ground that the patentee, Bayer sold the drug at an exorbitantly high price, placing it out of the reach of most patients. This license will spur other licenses, not just in India but many other countries and will force a complete rethinking of pharma prices worldwide and perhaps a restructuring of the industry as well. It will certainly accelerate the number of alliances now being forged between generic and originator pharma companies.”

Looking ahead, Shamnad anticipates that “the biggest IP development will be a focus on IP and the informal economy. Informal economies constitute the major portion of many developing countries; illustratively, more than 80% of the Indian economy is "informal" in that the economic activities are carried out by individuals and communities that are not formally registered.”

In a field close to Patexia's heart, Joelle Mornini of Landon IP notes some important new developments in patent search. “For free patent search tools, the upgrades to Google Patents, such as the addition of EP documents and the new Prior Art Finder tool to help locate related non-patent literature through Google tools, can help patent searchers expand their initial scope for both patent and non-patent literature prior art. When considering the developments of subscription-based patent search tools, Questel’s Orbit.com has introduced a number of useful new features to its platform, such as the legal status search and filter tools, a “more like this” option, a wizard for identifying relevant concepts, and the IP Business Intelligence Module, which includes a number of interactive chart options for analyzing large sets of patent data. As for the biggest thing to watch for in 2013, that would without a doubt be the launch of the Cooperative Patent Classification (CPC) in January 2013 and how patent systems will integrate the new classification into their search options.”

Each of these developments means better access to all the patent information we already have, and that is bound to mean a step in the right direction. 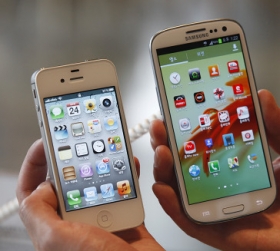 Despite the importance of all these particular developments, we believe that 2012 will be remembered for a different kind of change—a shift in perception. IP is not what it once was, and this year the global IP space started to come to terms with that. And so, to close out 2012, we leave you with the words of our feline-infatuated friend Jeremy of IPKat:

“The average Kat spends between 18 and 20 hours of each day asleep and only generally wakes up to eat, wash or produce the next round of kittens. One might therefore assume that the biggest development of 2012 is the one that makes the most noise and therefore stands the best chance of waking the slumbering beast. Rumpuses over Google books and AdWords, Apple iPads and smartphones, European patents and Chinese fakes might fit this bill -- but none of these is of fundamental importance. The biggest development in IP in the past year is a psychological one, a shift in perspective and understanding that transcends all IP rights and all geographical regions: it is the increasing realisation on the part of IP owners that they cannot rely on legislators to come to their rescue, however bad their plight might be -- the realisation that they are on their own, that IP protection really and truly doesn't pull in the votes in democracies or impress the hardened hearts of dictatorships, and that in international bodies such as WIPO there are too many opposing forces and conflicting interests at work to enable a "quick fix" to be found.

So what will be the biggest thing in 2013? Again, it won't be a single law, a single dispute or a single event. It will be a general sharpening of the degree of sophistication with which IP owners will approach infringement litigation in order to maximise its effectiveness and minimise its cost per infringing item or event. Expect to see more class actions, more use of pre-emptive orders, more engagement with customs and tax authorities, more use of criminal proceedings at national level and more information-sharing between IP-owning organisations and between their individual members. Add to this the cohesive effect of the US Intellectual Property Enforcement Coordinator and the encouraging support from the sidelines offered by the European Union's Intellectual Property Observatory and what will the result be? A general feeling that, even if the battle against fakes, counterfeiters and traditional competitive infringers can't be won, at least it's worth committing resources and energy in fighting it.”