In early September we released our sixth annual IPR Intelligence Report 2022. The report reviewed IPR activity in the past five years and covered high-level statistics related to all parties, cases, patents, and claims. The report further provides rankings of all stakeholders based on their performance and activity, including attorneys, law firms, patent owners / petitioners, and judges. Last week in Patexia 158, we covered some of the very best IPR firms that were mentioned in the report for their high activity or great performance. This week’s insight will focus on the lateral moves that took place since the publication of our previous report in September of 2021 and the law firms that acquired the most attorneys with IPR experience.

As per our tradition for this and our other intelligence reports, and to have a meaningful comparison, as well as compensate for the time required for each case from filing to completion (e.g., 6 to 18 months), we covered a period of five years from July 1, 2017, through June 30, 2022. While the cutoff day for cases was June 30, 2022, we used the latest updates for the cases as of August 25, 2022. During this period, a total of 7,030 IPR petitions were filed challenging 4,966 unique patents in one or more IPRs. Looking at the claim-level data, petitioners challenged 77,846 unique claims. On average, about 16 claims for each patent were challenged. Assuming patents have 20 claims on average, this indicates that petitioners tried to invalidate about 80% of the claims. The following chart shows the IPR filing trend, including the first half of 2022: 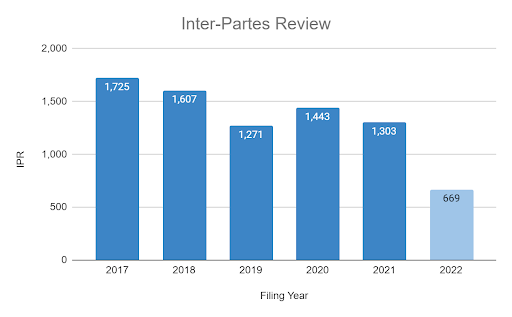 By comparing the information we obtained from attorneys and law firms with those published in our 2021 report, we identified the IPR lateral moves that took place since September of 2021. In the IPR Intelligence Report 2022, we identified a total of 38 lateral moves in the first 1,000 most active IPR attorneys. The following table highlights the top 10 lateral moves of 2021-2022 sorted by their activity rank:

Since its inception in September 2012 through the end of the second quarter of 2022, 13,610 IPR petitions have been filed. They have become one of the most important procedures that are used primarily by defendants in district court cases to challenge the patents they are accused of infringing. As shown in Patexia 150, the increase in patent litigation in district courts is likely to be followed by an increase in IPR filings. Law firms continuously position themselves to benefit from the changes in the market. Using the above data for lateral moves, we calculated the net gain (number of attorneys joined/left) for each firm with IPR activity. The following chart shows the top five firms with the largest growth or decline in IPR attorneys: 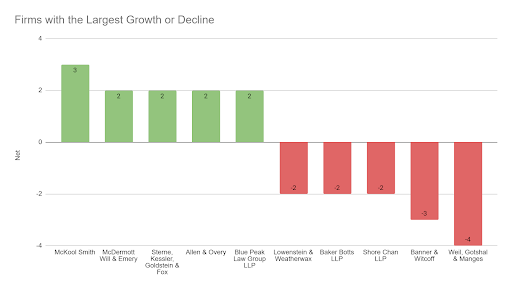 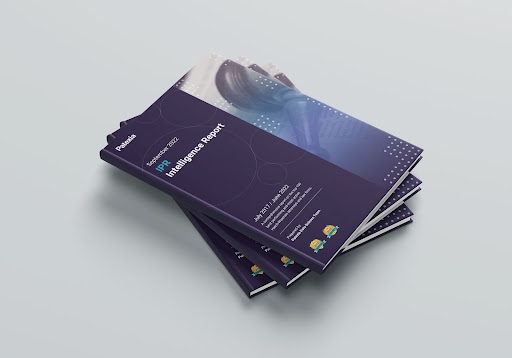 The full IPR Intelligence Report goes further by providing different statistics related to the IPR filings, the most popular IPC codes of patents challenged, denial and invalidation analysis by technology area, the performance of judges, etc. The report is accompanied by an excel file covering the top 1000 companies, law firms as well as attorneys ranked by their activity and performance.

Stay tuned, as, in the coming weeks, we will uncover more statistics from this report including some of the top IPR attorneys coming ranked by activity and performance.