Over the last few weeks, we have been covering some of the firms and law firms with the largest growth or decline in IPR activity over the last five years. We are very delighted to announce the release of our IPR Intelligence Report Report - 2019 Edition earlier this morning. This comprehensive report covers 8,107 IPR petitions filed in a 5-year period from July 1, 2014 through June 30, 2019. While the report covers up to 500 most active law firms, attorneys, companies and judges involved in IPR, this week, we plan to cover the highlights from the report, including some of the top attorneys and law firms, representing the petitioners or patent owners. 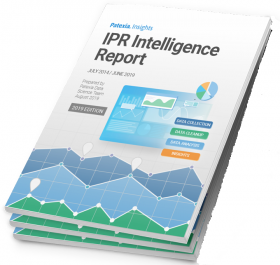 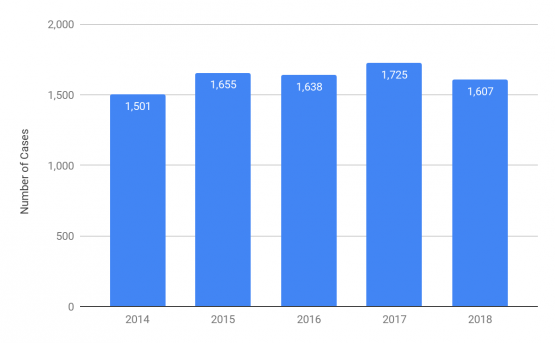 Settlement rate has gone up 9 percentage points, from 16 percent in 2014 to 25 percent in 2017. And it seems to be heading even higher for cases filed in 2018. As a result, both Institution Denial and Final Written Decisions have fallen as much as 4 percentage points over the same period. Overall, out of 6,338 cases that were completed during this period (i.e., denied, settled or received the final decision as of this writing), 43 percent have been denied institution, 22 percent have been settled, and 35 have reached the Final Written Decision. 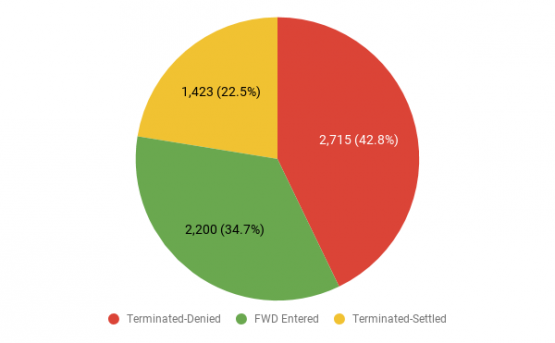 During the five-year reporting period, a total of 5,005 unique patents and 83,233 unique claims were challenged by 8,107 IPRs. So far, this has resulted in institution and invalidation of 42,718 and 21,488 claims, respectively.

The following table summarizes the total number of law firms, attorneys, companies and judges who were active and worked on one or more of the 8,107 IPR petitions over this 5-year period. The table also covers the maximum and average number of cases filed / handled by each.

As you can see, thousands of IP professionals were active and played various roles in this relatively new practice area (less than 10 years old), with an estimated market size of between $600 million to $800 million per year.

While the full report ranks and calculates the activity and performance of up to 500 most active companies, law firms, attorneys and judges (there are only about 200 judges), here we will cover some of the highlights and surprises for law firms and attorneys, representing patent owners and petitioners in this year’s report.

Highlights and Surprises Among Law Firms and Attorneys (in Alphabetical Order)

The full 90-page PDF report, covering numerous IPR statistics and the Top 100 in six categories, together with an Excel file, which covers up to 500 most active companies, law firms and attorneys, is now available and can be downloaded immediately from Patexia IPR Report 2019 page upon purchase. If your firm had already pre-ordered the report or if you are a member of Patexia Concierge, you can simply download it by logging in to the site and clicking the “Download” button on the report page.

In the following weeks, we will gradually turn our attention towards the International Trade Commision(ITC) Section 337 cases. We plan to cover various statistics about this important venue for patent litigation as we prepare to publish our first ITC Intelligence Report later this year. With the rise of tension between China and the US, and intellectual property as one of the key issues discussed between the two countries, ITC may become the perfect tool for companies looking for injunction. We expect that the ITC activity increases in the following years as it is a very powerful tool for negotiation and a way for potentially demanding higher damages (assuming there is a district court case in parallel).